Chief Dwayne Westcott joined Claylick Fire Department in September of 1987 as a junior firefighter. His reason for signing up was simple: he did it to help people, and it just "seemed to be the good thing to do." Chief Westcott was promoted to firefighter in 1991, and the following year he was promoted to Captain. He held the position of Captain for five years before taking the position of Assistant Chief in 1997. In 2001, he was promoted to the highest rank, Chief, and continues to hold that position today. In addition to all of his duties at the fire department, Dwayne is married with two children and maintains a full-time job at Piedmont Natural Gas, holding the title of Crew Leader. Chief Westcott received his 25 Years of Service Award in 2012. His favorite aspect of Claylick Fire is torn between fighting fire and the public education that Claylick undertakes. When asked how he would encourage others to join the department, he stated, "There is no greater feeling than helping someone in need." He also stated that Claylick FD helped him stay out of a lot of trouble when he was younger and helped him to become a better person. 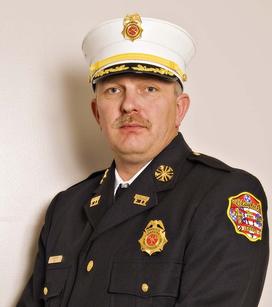